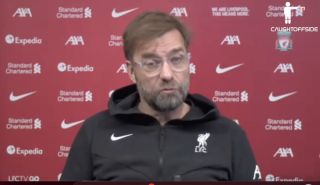 Since its introduction, VAR has been a piece of technology that has been roundly condemned, more so for the way it’s being used rather than the technology itself.

In his pre-match press conference for the Fulham game, Liverpool manager, Jurgen Klopp, acknowledged why it was initially felt that VAR would improve the game, but that the delays in terms of reaching decisions are killing matches.

The German used the example of Liverpool’s Champions League game against Mdtjylland, in which 12 minutes were needed to come to a decision on a variety of incidents – in freezing cold conditions.

Suffice to say that, as always, he wasn’t mincing his words.