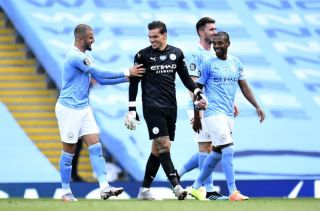 Manchester City star goalkeeper, Ederson, has admitted to fighting one of the club’s security guards after revealing he put the worker in a choke hold during a pre-season tour.

Ederson, 27, joined Manchester City in 2017 from Portuguese side Benfica in a deal which cost the Citizens £36m, as per Transfermarkt.

Since his arrival in Manchester three-years ago, Ederson has gone on to become a strong contender to be one of the most reliable shot-stoppers in England’s top-flight.

After featuring in 119 Premier League matches, the Brazil keeper has racked up an impressive 58 clean sheets.

However, after a recent, fascinating interview with Pilhado, the 27-year-old has revealed there is more to his nature than just being one of the world’s best goalkeepers.

Whilst currently preparing for the exciting Manchester Derby, the South American keeper has admitted that one of his other sporting passions is his love for fighting.

Hilariously, Ederson recalled a moment during pre-season where he was having a kick-about with one of the club’s security guards which ended in the pair having a friendly scuffle.

“I remember once here at City, in the pre-season, playing with the security guard. I took him and gave him a rear naked choke and dropped him on the floor,” Ederson said, as quoted by Sports Witness. “I said, ‘I’ll just let go when you tap your hand’. And he did nothing. And then he tapped and I released him. Well, the guys all laughed. And the security is big, hey.

“Ah, there was a defender, Philippe [Sandler]. Once he came to play with me, I just gave him that dry punch. 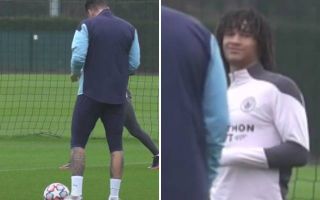