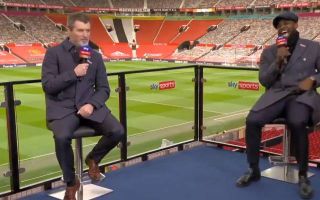 Roy Keane is at it again on Sky Sports, this time criticising players who crack a smile when on the field of play.

We all know that Keane’s blunt and cold attitude to punditry is his brand, and love it or hate it, it does make Sky Sports matchdays that little more entertaining – especially when Manchester United are playing.

However, sometimes he goes a little too far with it, making you question whether he’s a little too miserable, or maybe it’s tongue in cheek but without the evidence to attest to that.

An example of that happened this afternoon when Micah Richards revealed his regret at not smiling every minute he was playing football in the Premier League – recognising how lucky he was.

As you may expect him to, Keane disagreed with that notion. He revealed his belief that players shouldn’t smile on the pitch – as it’s strictly business. Lighten up, Roy, it’s Christmas! 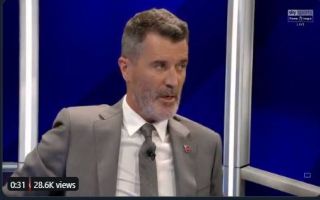