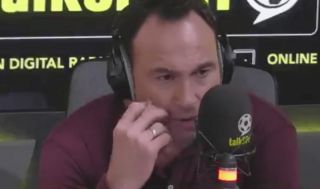 Steven Gerrard has really got his Rangers side playing exactly how he’d want at the moment.

Not only have they been imperious domestically, but also in the Europa League.

With Celtic looking for a 10th Scottish Premiership title in a row, they’d already have to make up a 13 point deficit at this stage against a side that haven’t lost domestically in 16 games and have only conceded three goals.

It’s those sorts of numbers which has got talkSPORT pundit, Jason Cundy, asking whether they, and not Bayern Munich, are the best team in Europe.

? “Are Rangers, based on games played, the best side in Europe?”

? “I’m not comparing them to Bayern but statistically are they the best?”

Jason Cundy asks if any team in Europe is better than #RangersFC! ? pic.twitter.com/EQM3KiR6uB