In an exclusive interview with MondoNapoli, Manchester United striker Edinson Cavani has admitted he rejected offers from Juventus and Inter Milan before signing as a free agent this summer.

Cavani admitted that he rejected two of Italy’s biggest clubs due to how ‘grateful’ he is for his time at Napoli, the Uruguayan established himself as a legend for the Partenopei in a prolific three-year spell.

The centre-forward is still adored by the people of Naples, with Cavani recently including in a mural of former Napoli stars at the Mostra Metro station which has now been named after Diego Maradona.

Cavani won the Coppa Italia in 2011/12, the striker’s continued brilliance earned a move to Paris Saint-Germain, where he firmly established himself as one of the world’s best forward over seven years.

El Matador’s time with the French powerhouses came to an end when the Ligue 1 season was abandoned, with wide interest in his next destination.

United announced the signature of Cavani on Deadline Day, with the 33-year-old signing an initial one-year contract that includes the option of a further 12 months. 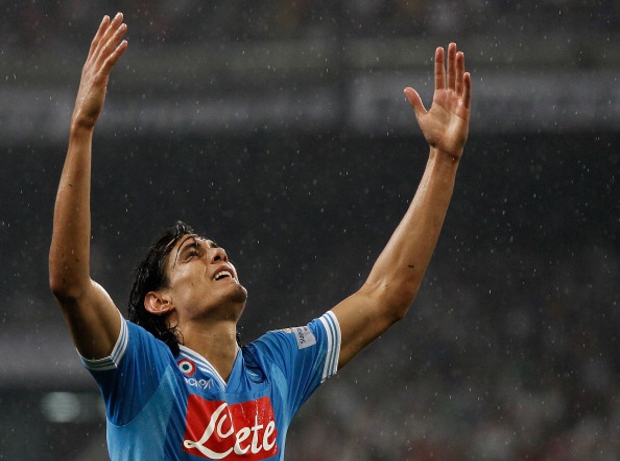 Here’s what Cavani had to say on his relationship with Napoli fans:

“Only thanks. I will always be grateful to them. It is for this reason that I said no to many Italian clubs including Juventus, who called me often, and also Inter.”

“I couldn’t make such a gesture to the Neapolitans. If I think of Naples I think of joy, because I know that I have done so much for them and they continue to pay homage to me with all this.”

Tony Adams warns Arsenal about becoming a “feeder club”, names the star player who could seek a transfer

Cavani has contributed three goals and an assist in his 10 appearances for the Red Devils so far, with only three of these coming as starts due to Anthony Martial.

The 33-year-old has shown glimpses of his world-class quality, Cavani came off the bench to win the Premier League game against Southampton with two goals and an assist.

United have themselves an experienced centre-forward who is a fine option to compete with Martial for the starting spot, they have the ace’s ties with Napoli to thank for a clear path to his signature.