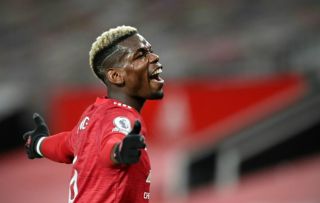 Manchester United midfielder Paul Pogba is reportedly a target for his former club Juventus in a surprise loan move in the January transfer window.

The France international has endured a difficult time at Man Utd since joining them from Juve back in 2016, and it may well make sense for him to now head back to Italy.

MORE: Signing Cristiano Ronaldo has been a consideration for Man United most summers since he left the club

According to the Daily Mirror, however, it might be that Pogba initially returns to Juve on loan, though perhaps with a view to the move later becoming a permanent one.

This follows Pogba’s agent Mino Raiola going public with quotes to Tuttosport about his client’s time at Old Trafford being over.

The 27-year-old has, however, also come out on Instagram to deny these claims as he seemed to insist he’s only focused on United in the post below…

United fans will surely be growing impatient with Pogba and his agent and may well just want to see the player leave.

Pogba was world class during his first spell at Juventus and it might be that a return to Turin is ideal for him to revive his career.