It’s starting to become pretty clear that William Saliba will not be getting many chances to impress at Arsenal this season, but it also looks like his relationship with Mikel Arteta is sketchy at best.

Arteta side-lined Matteo Guendouzi last year after a falling out and questions over his attitude, but he’s finally starting to build himself back up with some good performances for Hertha Berlin.

Saliba got involved on an Instagram post to send some praise towards his teammate, but it became a bit awkward when Nicolas Pepe got involved: 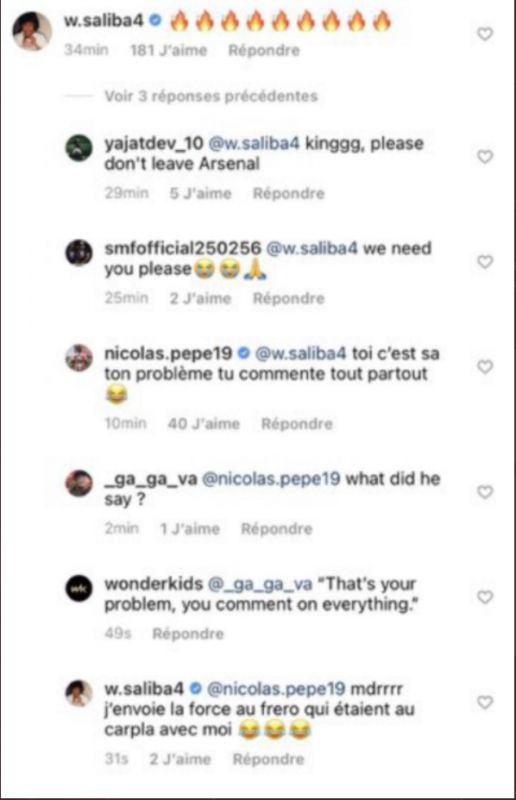 There’s no real issue to begin with as Pepe tells him that he has a problem which requires him to reply to every social media post, but Saliba’s response is a cheeky little dig at the boss.

He says he’s just sending some well wishes to a brother who was locked up like him, so it’s a clear shot at Arteta for his treatment of the pair.

Obviously this isn’t really going to help his cause but it would also be a surprise if the club came out to publicly criticise him for the comments either.

It does suggest that a loan move or even a permanent exit for Saliba in January could be the best thing for all parties.