Chelsea fans may wish to keep it cool on the social media front in the future as Everton striker Richarlison has absolutely demolished the club’s fanbase with some savage tweets today.

Richarlison hopped on to Twitter at 11.44am to wish ‘Good morning’ to everyone except the ‘crybaby’ Chelsea fans, following Everton’s upset win against the Blues on Saturday night.

The Brazilian attacker’s tweet particularly offended @CFCMod_, who replied showing a picture of Richarlison hurt on the floor after challenge from Mateo Kovacic.

Richarlison wasn’t having any of that as he responded with a GIF of his brilliant headed goal when the Toffees beat Chelsea 3-1 last season – also at Goodison Park.

@CFCMod_ continued to fight a losing battle, as he wrote that Richarlison ‘spent 90 minutes in Reece James’ pocket dkm (don’t kill me)’, that sparked a savage reply from the forward.

Richarlison responded with ‘Thanks 3 pts thanks thanks cry’ accompanied by plenty of laughing emojis. 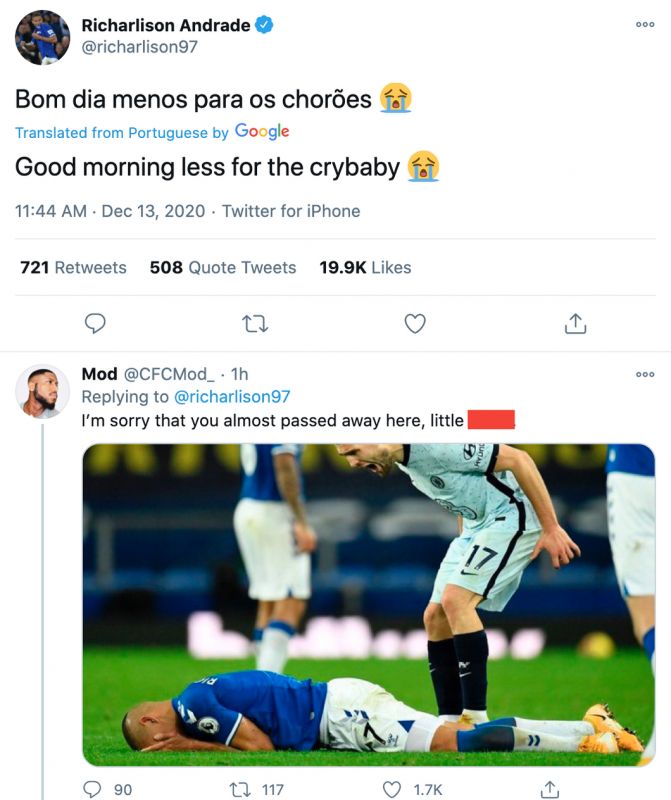 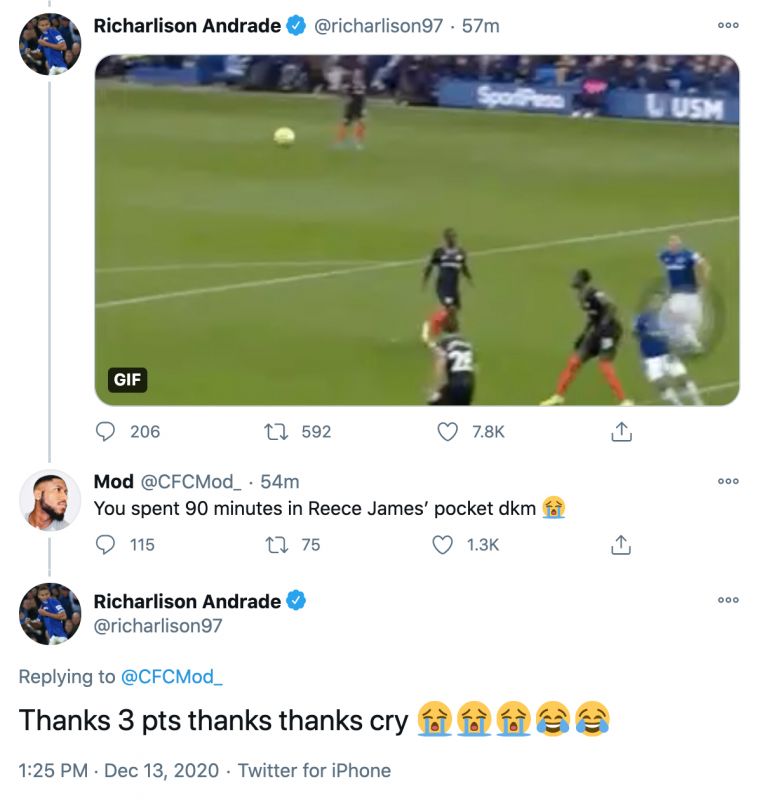 Some of Chelsea’s high-profile supporters – in regards to social media following – may want to pick their battles much smarter in the future, @CFCMod_’s bitter actions have led to his team being embarrassed online as well as on the pitch.