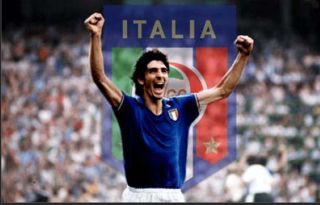 There’s been a worrying trend in recent years where gangs have been targeting footballer’s homes to break into when they know the player is going to be playing during a game.

Thankfully that seems to have died down in recent months, but a recent report from Italy is just so much worse on every level.

The country was saddened by the passing of legendary striker Paolo Rossi last week so his funeral was due to take place this weekend, but Football Italia have confirmed that someone broke into his home during the funeral.

Obviously his wife is completely broken after burying her husband before coming home to see that someone had broken into their home, but she did thank the people of Perugia for their generosity and well wishes.

It’s suggested that they took a few items that belonged to Rossi and the police are investigating, so hopefully they’ll be caught and suitably dealt with.

Rossi’s career was the ultimate redemption story as he bounced back from a questionable match-fixing charge to lead them to glory in the 1982 World Cup, so you can be sure the people will be extra keen to help make sure the culprits are caught.