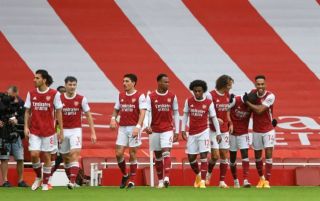 You know things are bad when your team is not only being tipped for relegation, but when bookies are already taking bets on how you might do in the Championship next season.

Somewhat unbelievably, we’re talking about Arsenal here. The Invincibles. The club of Thierry Henry and Dennis Bergkamp. The club of Wengerball.

MORE: Arsenal handed hope in pursuit of Dominik Szoboszlai after attacker refuses to confirm his next destination

It’s been a difficult few years at the Emirates Stadium and things just seem to be getting worse and worse, with Mikel Arteta’s side performing terribly for most of this season and now sitting in 15th place in the Premier League.

Arsenal were beaten 1-0 at home to Burnley last night, marking four consecutive home league defeats, and they’re looking a lot more likely to be involved in a relegation fight than a top four battle at this point.

Ladbrokes have been in touch to inform us that they’re already offering 66/1 on Arsenal being relegated this season and winning the Championship next year.

Alex Apati of Ladbrokes said: “Arsenal fans clearly want their side to be challenging for league titles again, and sharpish. With that in mind it looks like the best bet might be on them going down and topping the Championship table next season.”

Painful times to be a Gooner.