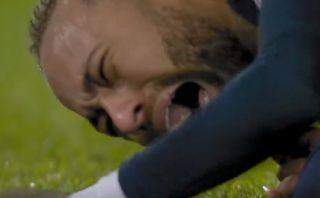 You always want to see the best players in the world playing in the biggest games, but it should be especially fun to watch Neymar go up against his former team Barcelona in the Champions League.

There is plenty of bitter feeling between the sides due to Neymar’s transfer and the Remontada a few years ago when the Brazilian played a key role in Barca’s astonishing comeback.

The only problem ahead of the tie was the injury that Neymar picked up last night. He left the field in tears and the early signs didn’t look good, so there was every season to suggest he would miss a significant amount of time.

READ MORE: Video: Neymar taken from the field in tears as he suffers a serious looking injury for PSG vs Lyon

Not only does it look like he should be able to play in the game, it’s actually been suggested that he could return in a couple of weeks after the scans showed minimal damage:

That news is huge for PSG because they could have a genuine title race to contend with this year, while he might even be fit for their grudge match against Marseille in January.