It wasn’t a great weekend for any of the traditional Premier League big six sides, and that’s reflected in the latest team of the week from Garth Crooks.

The BBC Sport pundit has only selected Liverpool captain Jordan Henderson from any of the top six squads, with the England international putting in a strong display despite the Reds dropping points at Fulham.

Meanwhile, there’s not a single player from Manchester United, Manchester City, Chelsea, Tottenham or Arsenal, which must be a bit of a rarity.

See below as Henderson is joined by the likes of Southampton’s James Ward-Prowse, and by Leicester City duo Jamie Vardy and James Maddison… 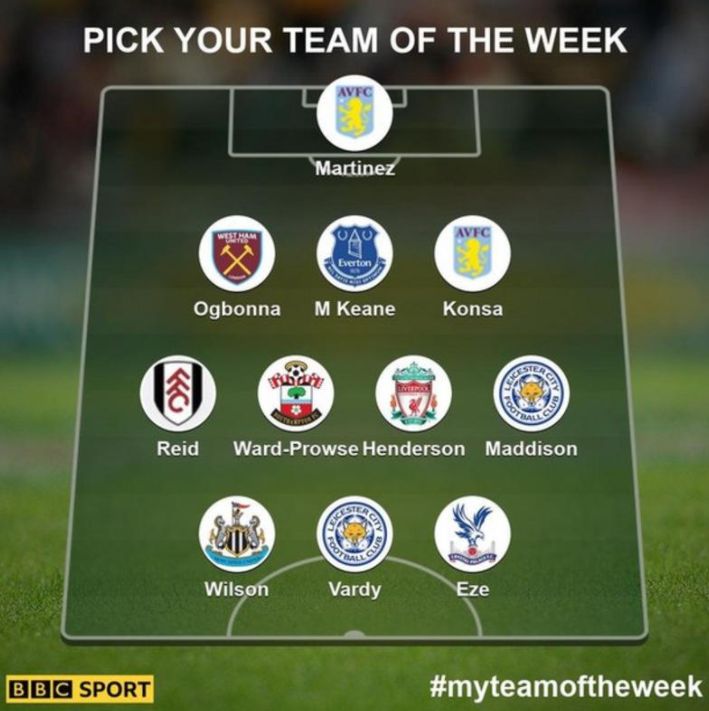 We also have players from Aston Villa, Everton, West Ham, Fulham, Crystal Palace and Newcastle in what is a refreshing line up from Crooks due to the lack of the usual big names.

All the big six sides dropped points this weekend, with the Manchester Derby ending in a 0-0 draw, Chelsea losing to Everton, Tottenham drawing against Crystal Palace, and Arsenal losing to Burnley.

Liverpool also only managed a draw against Fulham, but Crooks was full of praise for Henderson anyway, saying: “This was a very difficult fixture for Liverpool. It shouldn’t have been if you look at the way they dispatched Wolves last week and their players compared to Fulham but they played Champions League in midweek and of course it took its toll. If you want to be the best team in Europe though, that’s what you have to do.

“No Jordan Henderson in this side and Liverpool lose this game. Ravaged by injury, I get the feeling the Reds might be feeling a little sorry for themselves but not Henderson. Liverpool are facing a gruelling period over Christmas but I bet captain fantastic plays in every one of those fixtures.”

BBC Sport also posted this stat about the midfielder: “Henderson regained possession 14 times against Fulham, more than any other player, whilst he also made more interceptions than any other Liverpool player (three).”