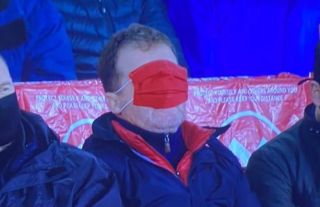 We’ve seen from TV coverage that even allowing a couple of thousand supporters into a ground can make a world of difference to the atmosphere, while it also looked like it was giving the players extra motivation too.

Obviously there would be hopes that the scheme would be expanded to allow even more supporters into the grounds, but some clubs are seeing the exact opposite situation due to changes in Covid-19 measures.

London looks set to move into tier 3 of restrictions, and Arsenal have just confirmed that no fans will be able to attend their game against Southampton as a result:

We are disappointed to confirm that we are no longer able to welcome fans to Emirates Stadium for our Premier League fixture against Southampton on Wednesday, December 16

Obviously it’s not their fault and it’s gutting for the fans, but the club confirm the new restrictions are starting on the morning of the game so the game will be played behind closed doors.

It’s easy to be churlish in this situation and wonder if the fans should be grateful because they won’t have to watch this god-awful Arsenal side, but attending a game would’ve been a huge deal to some so you have to feel sorry for them.