There’s something weirdly funny about a 38 year old Petr Cech playing for Chelsea’s U23 side, but it looks like he needs the game time to build up his sharpness again.

He’s in action against Spurs tonight and you can see his decision making is still a little rusty as he gets caught in no man’s land for this Dane Scarlett goal:

It’s been pointed out that Scarlett wasn’t even born when Cech first signed for Chelsea, while it’s not clear if Cech would’ve had a chance of stopping that even if he was in the right position. 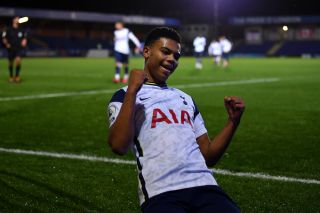