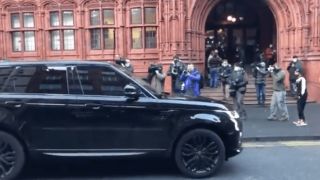 Over the last 12-18 months, Aston Villa’s Jack Grealish has played his way into getting international recognition and deservedly won an England cap or two.

For both club and country the midfielder has been brilliant, however, his off-field decisions, particularly during lockdown, have left a lot to be desired.

Knowing that the press pack would be after that all-important photo as he attended court on Tuesday morning for a crash which happened when he should’ve stayed at home, Grealish almost gave them the slip by allowing someone else to drive his car to the court entrance and, whilst the press surrounded it, he would sneak in on foot.

As you can see in the video, he almost pulled it off, before being fined £82,000 and banned from driving for nine months according to Sky News.

Jack Grealish’s motor used as a distraction as he arrived at court on foot from down the road. Almost worked as well… pic.twitter.com/NVv55xao3h