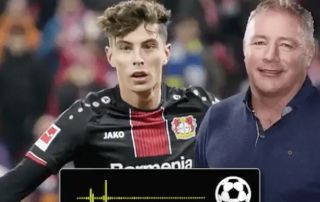 When Kai Havertz made the switch from Bayer Leverkusen to Chelsea, it’s a fair bet that many Blues fans were whetting their lips in anticipation of what their record signing would bring to Stamford Bridge.

Particularly when you consider just how long Frank Lampard pursued the player for and how hard the club negotiated to get their man.

However, to this point, the move has been a disaster for all concerned with Havertz looking nothing like the player Chelsea thought they were buying.

TalkSPORT’s Ally McCoist once compared him to Michael Ballack but has backtracked on that comparison now.