Rhys Williams made his Premier League debut for Liverpool last night – and he was very fortunate to finish it on the winning side.

Williams started at centre-back for the Premier League champions last night, with both Virgil Van Dijk and Joe Gomez ruled out of the contest through injury. His performance under the lights at Anfield, on his first ever appearance in the English top flight, earned him praise from captain Jordan Henderson and manager Jurgen Klopp.

Dug deep and got a big win. Some brilliant performances, especially Rhys Williams on his first premier league start! ?? pic.twitter.com/cDA756cmTp

Jürgen Klopp when asked about Rhys Williams’ performance by Alan Shearer on Amazon Prime: “OH. MY. GOD! Outstanding. You can imagine what it’s like, playing against the modern day Alan Shearer.

Of course, it’s easy to praise the 19-year-old in wake of a last-gasp winner and a victory over your closest title challengers – but Williams was closer to losing Liverpool points last night than winning them.

His most glaring error was for Tottenham’s opener, with the young centre-back transfixed on the ball and completely unaware that Heung-min Son, the league’s top scorer, was running in behind him. 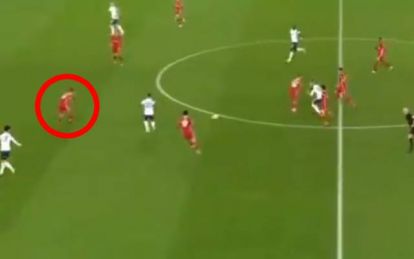 It’s a schoolboy error to ball-watch and his lack of awareness cost Liverpool here. Out of all the players in the Premier League you don’t want running in behind you, Son is pretty high on the list.

While you can forgive Williams for taking his eye off the ball (albeit, not literally) for a moment at his tender age, he clearly didn’t learn from his mistake, as he almost cost Liverpool another in similar fashion.

Less than a minute into the second-half, Williams jumped to head the ball, and in truth it should have been bread and butter for any professional, particularly a defender. Instead, he essentially headed the ball through into the path of Steven Bergwijn and could only watch and hope that he missed – which thankfully, he did. 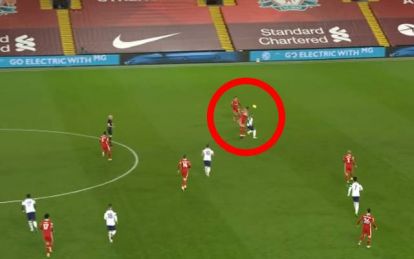 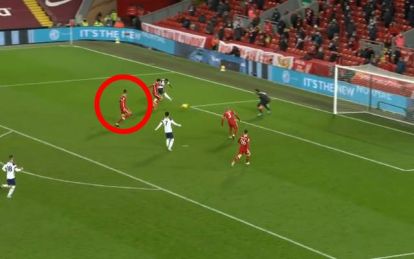 Around about the hour mark of the contest, Williams challenged Harry Kane for a high ball in the midfield, getting dragged out of position and getting caught too far beyond centre-back partner. 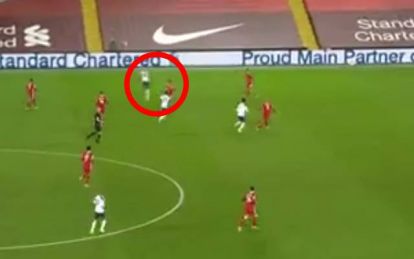 While Fabinho did his best to cover for Williams, he was occupied by Heung-min Son, who flicked the ball on to Bergwijn whose run was untracked and shot hit the woodwork.

Look at Williams’ position when Bergwijn takes the shot on. There was no danger with Kane challenging for a header closer to the halfway-line than the goal, but allowing himself to be pulled in towards the ball, leaving Bergwijn free to run in behind, caused it. 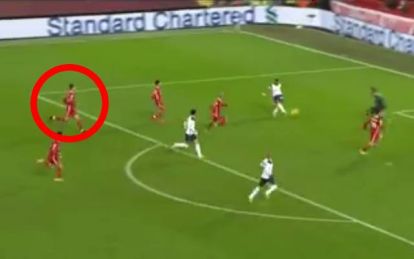 Liverpool could be without three stars for as many as five games due to AFCON schedule
(Video) On-fire West Ham star scores lovely goal to put Irons 3-0 up vs Genk
(Video) Unlikely West Ham hero opens Europa League scoring vs. Genk with looping header

We’re not talking about a single lapse in judgement or a break in concentration here, Williams’ decision-making was absolutely dreadful yesterday evening – with his performance alone almost handing Tottenham the three points and the initiative in the title race.

History is oftentimes written by the victor, so we will hear plenty about how imperious and accomplished Williams was on his Premier League debut, but the reality is that his inclusion in the team compromised Liverpool’s chances of winning the game and their impressive home unbeaten run.

I take no joy out of slating footballers, least young ones, but let this act as encouragement to fans of rival clubs. Williams is there for the taking, and if he continues to be included by Jurgen Klopp in Van Dijk and Gomez’s continued absence, it will only be to the detriment of the Premier League champions.