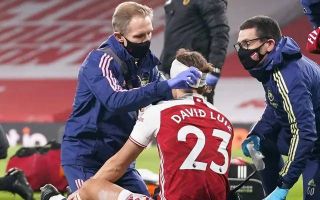 In a breaking story reported by the BBC, the Premier League has announced that they will bring special concussion substitutes into force from January.

Footballer head injuries have been a hot topic in recent seasons, with new protocols being put into force to ensure that players do not continue to play with concussion.

Concussions, though oftentimes conceived as a minor injury, can have serious adverse effects on the sufferer, both in the short and long-term. This is a necessary intervention from the powers at be.

The BBC report that trials of extra substitutes for teams who have a player with a suspected concussion will be in use from January. Opposition teams will also be able to make a change at the same time.

They look to have covered all bases here, and necessarily so. There will be no more reluctance to withdraw players with a concussion, with the extra substitute meaning it’s not a handicap.

There’s also no danger that the opposition team will see this rule abused, as they will be able to make a change at the same time, irrespective of whether they have an injured man, as the BBC report.