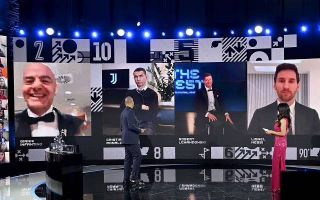 Could Lionel Messi ACTUALLY sign for PSG? All the pieces appear to be falling into place, with the January transfer window less than two weeks away.

While it’s nigh on impossible that Barcelona would allow Messi to leave mid-season, he is out of contract at the end of the season, meaning that a pre-contract agreement with any interested party could be penned next month.

MORE: Man City and PSG forced to wait as Messi won’t make up his mind on whether to leave Barcelona until after elections

According to journalist Robin Bairner, PSG are growing confident that a deal can be done with the Argentine. It’s claimed that club stores have been briefed ahead of the possible announcement of the greatest player of all-time.

Messi has done little to dampen the speculation, either. FOX reported yesterday that Messi’s votes for the FIFA Men’s ‘The Best’ player award were as followed – Neymar, Kylian Mbappe, Robert Lewandowski.

Is the 33-year-old attempting to score brownie points with two future teammates by casting his votes for them, with the actual best player over the past year being in third-place?