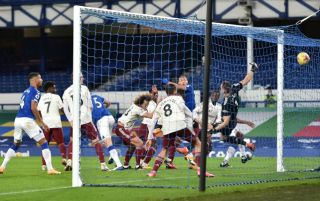 Arsenal manager Mikel Arteta wasn’t even born the last time the Gunners made such a bad start to the season.

The inexperienced Spanish tactician increasingly looks the wrong choice as Arsenal boss, with the north London giants in absolutely terrible form at the moment.

Arsenal’s latest setback came yesterday as they were beaten 2-1 away to Everton, meaning they have just 14 points from their first 14 games.

According to Opta Joe, Arsenal last had such a low points tally at this stage of the season back in the 1974/75 campaign – 46 years ago!

14 – Arsenal’s points return from 14 games this season is their worst record at this stage since the 1974-75 campaign (12 points, converted to 3/win). Desperate. pic.twitter.com/wowPbSkoXe

Arteta is only 38 years old, so this just shows how rare it is for Arsenal to start this badly.

One imagines it won’t be much longer before the club feel they need to make a change, as a relegation battle is looking all the more likely for this once-great football establishment.

Arsenal fans will no doubt be disappointed to see things turn this sour under Arteta, who was a popular player and captain for Arsenal a few years ago, and who got off to such a strong start as manager by winning the FA Cup earlier this year.