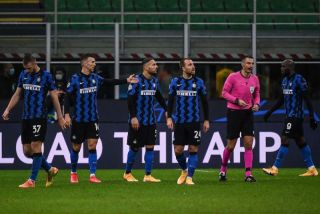 Inter Milan midfielder Christian Eriksen is reportedly not expected to join Manchester United but with a Premier League return speculated, it has been suggested that Arsenal could offer Granit Xhaka in exchange.

READ MORE: Mino Raiola doing all he can to strike deal with Juventus for Man United’s Paul Pogba

Eriksen, 28, joined Inter Milan in January from Tottenham Hotspur after Daniel Levy opted against allowing the Dane to leave in the summer for free and instead sanctioned a £24.3m winter move.

Since his arrival in Italy less than 12-months ago, the Danish midfielder has endured a dreadful time.

Having featured in 38 matches in all competitions, most from the bench, Eriksen has found himself fall majorly out-of-favour with manager Antonio Conte.

According to a recent written report from Gazzetta Dello Sport (via Sports Witness), Eriksen considers his future to be away from Inter Milan and has reached an agreement with the club allowing him to leave.

GDS claim that a return back to the Premier League is one that has been offered to Eriksen with United and Arsenal both admirers.

However, Corriere Dello Sport (via Sports Witness) claim that Arsenal have the upper hand in completing any proposed deal as there are some suggestions the Gunners could look to offer Xhaka in exchange.

United’s stance on a proposed move for Eriksen has been described as ‘unrealistic’.