A groundsman at French club FC Lorient has tragically died after a freak accident at the end of the recent Ligue 1 clash with Rennes.

According to the Daily Mail, the 38-year-old died from injuries suffered after a floodlight bar fell on him not long after the end of Lorient’s game with Rennes.

MORE: Video: Unreal defending from PSG defender Presnel Kimpembe as he injures himself while making a tackle in a 4 v 1 counterattack

The man was rushed to hospital, but was later announced dead, in what is terribly sad news after such a bizarre incident.

Questions will no doubt have to be asked about the safety inside the stadium if a floodlight bar could end up falling like that, but there are no further details on what caused this for the moment.

The Mail add that the incident left both teams in shock as they came back out onto the pitch after the incident. 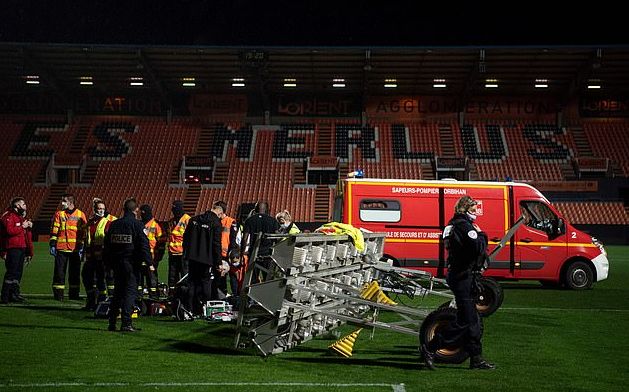 Firefighters have since been to the stadium to inspect the floodlight bar, according to the Mail.

Their report adds that the groundsman, who had been volunteering at Lorient, was a father of three, just adding to the sadness of the story.