In an exclusive interview with CaughtOffside, former United midfielder Chadwick raved about much more than McTominay’s insane double inside three minutes that set the Red Devils on their way.

Chadwick hailed the academy graduate’s partnership with Fred, the defensive midfielders ‘excelled in possession’ which is a massive positive sign for Ole Gunnar Solskjaer’s side going forward.

Chadwick stated that the pair’s ‘energy’ in the middle of the park prevents opposing sides from getting a ‘foothold’ in the game, but this has usually been because of their defensive contributions.

Fred finely threaded the needle with a brilliant pass that led to United’s third of the day, whilst McTominay also did so by teeing up Dan James to make it 5-1. 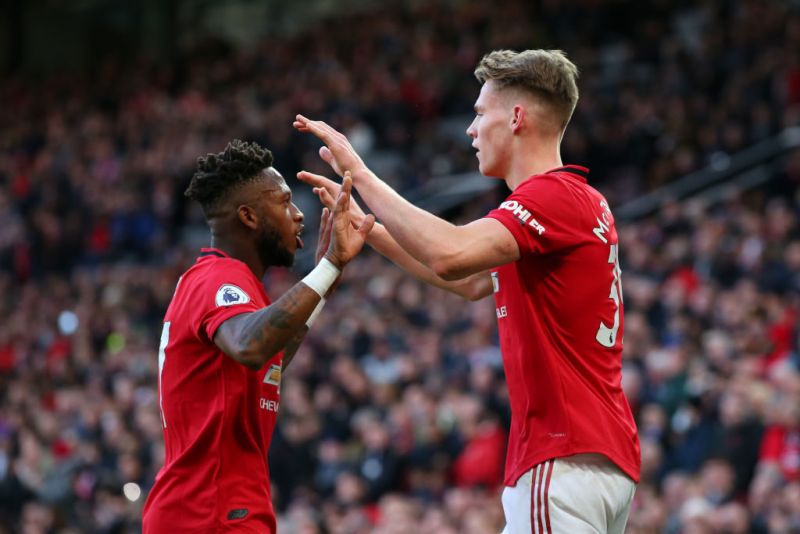 Fred and Scott McTominay have struck up quite the midfield partnership for Manchester United.

Here’s what Chadwick had to say on McTominay and Fred’s solid performances, particularly the fact that they showed a key – and massive – improvement in possession:

“Everyone in a United shirt performed yesterday, but of course there were stand out performers!”

“McTominay was certainly one of them, probably the best first 5 minutes by anyone in a game in the history of the Premier League!!!”

“But throughout the game he was superb, having the license to get further forward seemed to take the shackles off, he carried the ball forward majestically with maturity and aggression, having massive influence on the game both in and out of possession.”

“The energy that he and Fred have in the middle of the pitch make it so hard for the opposition in central areas to get a foothold in the game.”

“In previous games they have both shown this when playing together but yesterday they also excelled in possession and showed great understanding – when one broke forward the other got into great positions to pick up second balls.”

“With Pogba also to add to the mix and seeming to be starting to come into some good form, it is a great problem for Ole to have on who to select in the central midfield berths!”

It was clear that Solskjaer began to utilise this pairing more this season in an effort to offer stability in front of a shaky defence.

But the backline now look more comfortable, and the McTominay-Fred tandem are now contributing in the final third – meaning the side may not have to stumble from a creative standpoint in the future.

As Chadwick noted, Paul Pogba is also in the mix, though it’s hard to figure how he can warrant a place in the side’s next Premier League starting lineup after such a dominant display from the Red Devils.

United sit third in the table with a game in hand, it’s clear their recent string of wins in the top-flight have offered Fred and McTominay the ‘licence’ and freedom to start making an impact going forward.