If you’ve spent any time on Twitter then you’ll know that the reply section to posts from big football times are an utter shambles, but they are generally entertaining and nobody actually takes them that seriously.

Fan engagement is huge for football clubs and there’s no reason to shut that down unless they have something to hide or the regime in charge are becoming increasingly fragile and their egos cannot handle public criticism.

Arsenal are having a disastrous time just now, but actively blocking replies from fans on Twitter unless they are followed by the main account is the sign of a desperate club who simply do not know how to deal with the situation that they find themselves in: 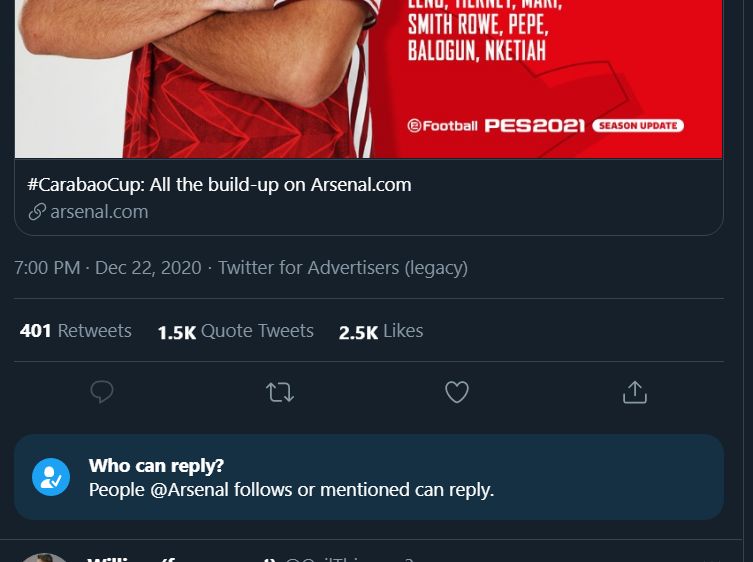 It’s an extreme comparison but silencing your dissenters in a public forum is the actions that you would expect from a failed dictatorship which is on the verge of collapse, so you have to wonder what is going on behind the scenes at the Emirates.