Caicedo, who is still currently playing in his home nation, has already been capped three times for the Ecuadorian National Team – and impressed while doing so.

So much so, in fact, that he’s attracted attention from one of the biggest clubs on the planet – Manchester United. Fabrizio Romano has given an update on the situation.

Romano oftentimes uses Twitter as a platform to provide his followers with all the latest transfer news relating to their beloved clubs, and has done so once again here.

Manchester United are in direct contact with the agents of Moises Caicedo (Indep. del Valle).

The agreement on personal terms [5 years] won’t be a problem. €5m price tag.#MUFC ‘control’ the situation by weeks and will decide soon wether to complete the deal or not. ???

It appears at this point in time that United are firmly in the driving seat. Whether Caicedo makes the move to Old Trafford, ultimately, looks to be in their hands.

In reply to a fan asking why this deal hasn’t already been signed and sealed, Romano claimed that there has not been a financial decision made as to whether to proceed with it.

There also appears to be no guarantee that a work permit would be approved.

Caicedo has featured for his country, which will play into his hands on the work permit side of things, and considering his age and lack of experience in Europe’s top five leagues, you’d think a loan would beckon anyway.

It seems improbable that United would get this far only to pull the plug themselves, and with Romano claiming that striking a five-year deal would be no problem, it would be a shame to see it fall apart over the work permit. 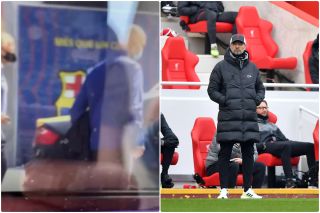