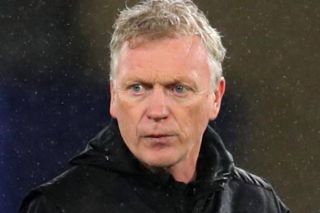 With West Ham in an unfavourable financial situation, David Moyes is intentionally giving his players appearance bonuses. That’s according to Hammers insides Claret and Hugh.

As their report notes, Ryan Fredericks was brought on with just seconds to play during West Ham’s defeat to Chelsea at Stamford Bridge midweek – far too late to have any sort of impact on the contest, and far too late to save Jarrod Bowen some minutes on his legs.

Moyes made a similar switch a couple of weeks back with Robert Snodgrass. It may seem bizarre to give his fringe players just a matter of seconds on the field of play with no hope of them affecting the contest in any way or shape.

Claret and Hugh, West Ham insiders, believe they know why. They report that Moyes only brought Fredericks on late against Chelsea, emulating what he did with Snodgrass previously, to ensure he was paid an appearance bonus.

What the West Ham hierarchy will think of that, with the club scraping the barrel when it comes to funds as it is, remains to be seen – but it’s a rather cunning way of keeping your fringe players happy.