These Newcastle fans have torn into midfielder Jonjo Shelvey after his poor performance during their 1-0 cup defeat to Brentford last night.

It’s pretty clear that Newcastle are in a fight for survival at the tail end of the Premier League table. Steve Bruce’s men’s recent form, on the back of a draw with Fulham and a heavy defeat to Leeds United, could fast find themselves in trouble.

MORE: Sam Allardyce eyes former England star for West Brom as he looks for a target man to cement the long ball game

A cup run in the Carabao would have been welcomed by the supporters, no doubt, but a premature exit last night to Championship opposition has made the situation even worse.

While it was a collective failure from Newcastle yesterday eve, there was one player in particular that the fans highlighted as a major underperformer – Jonjo Shelvey.

The former Liverpool midfielder has been absolutely destroyed by these fans on Twitter in wake of his performance. He’d do well to stay off social media for a while…

Jonjo Shelvey is stealing a living

Dear Santa, please may we have Josh Dasilva in midfield, Steve Bruce sacked and Jonjo Shelvey released for Christmas.

I personally am shocked that a team featuring Jonjo Shelvey and Sean Longstaff in midfield could be slow in possession https://t.co/T0IrQQpKda 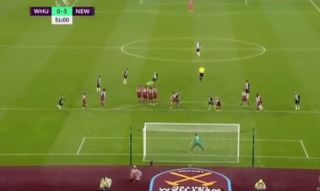