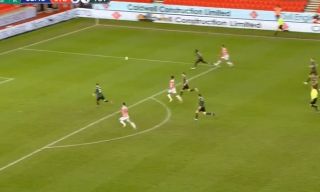 We’ve already seen one upset in the Carabao Cup quarter finals, so Stoke will be hopeful of delivering a second after bringing themselves back into the game against Spurs.

Jose Mourinho’s men took an early lead and they’ve been in complete control, but they were suddenly caught all over the place at the back and Stoke caught them wide open with a swift break and the ball into the box takes the last defender out of the game:

We’ve seen numerous times that the momentum in a cup game can suddenly turn with a goal, so the Championship side need to keep the pressure up and look to find another.