According to Fabrizio Romano, Mauricio Pochettino has been approached over the possibility of replacing Thomas Tuchel as manager of PSG.

While it is far from a done deal at this point, lacking the famous ‘here we go’ from Romano, it’s worth speculating as to how Pochettino could shape up the PSG side, should he take charge in Paris.

We’ve begun to consider how the Ligue 1 champions could line-up if Pochettino puts pen-to-paper and becomes their new manager – and two players who were linked with the club before Tuchel’s departure could still be the missing pieces of the puzzle.

One of those being Dele Alli, who was hauled off during Tottenham’s win over Stoke City in the Carabao Cup last night. The Daily Mail reported earlier this month that PSG were set to move again to sign the Englishman.

Alli was at his best under Pochettino’s stewardship, so it would certainly be intriguing to see whether a reunion at the Parc des Princes could see him revived ahead of next summer’s European Championships.

Alli has not been the only player linked with PSG in recent weeks and months. The Mirror have named PSG as one side in the running to sign Lionel Messi, whose Barcelona contract expires in the summer.

The Mirror claimed that PSG were preparing a ‘blockbuster proposal’ for Messi, who could not only now be reuniting with former teammate Neymar, but compatriot Mauricio Pochettino.

As previously reported by Forbes, Pochettino has previously revealed his desire to work with Lionel Messi, albeit at Newell’s Old Boys, but the pair could meet prematurely in France.

If PSG were to pull off the signings of Alli and Messi, with Pochettino at the helm and the already star-studded squad at his disposal, their starting eleven could look something like this.

Would this team finally win PSG the Champions League? 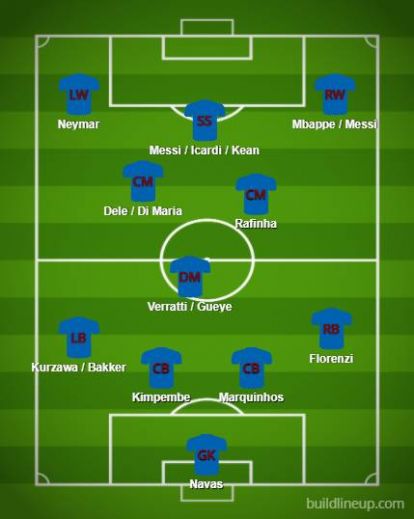