The Uruguayan was lucky to escape punishment after an incident with the Toffees’ Yerry Mina, but the most serious incident was an appalling challenge from United’s Eric Bailly on Richarlison, the Brazilian sandwiched by Bruno Fernandes in mid-air.

The Everton man appeared to be knocked unconscious and had to undergo an extensive treatment by the club doctor before leaving the pitch.

Clearly, the health of the striker was on the mind of Bailly after the game, and he took to social media to express his apologies.

“I’m sorry mate, take care of your health little brother, you are the best,” he said on Instagram. 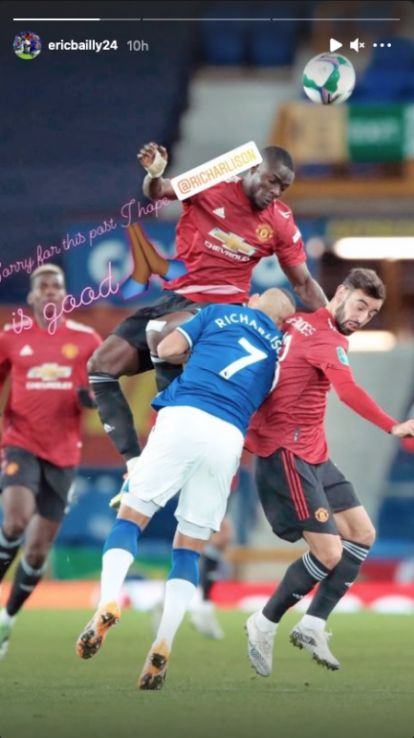 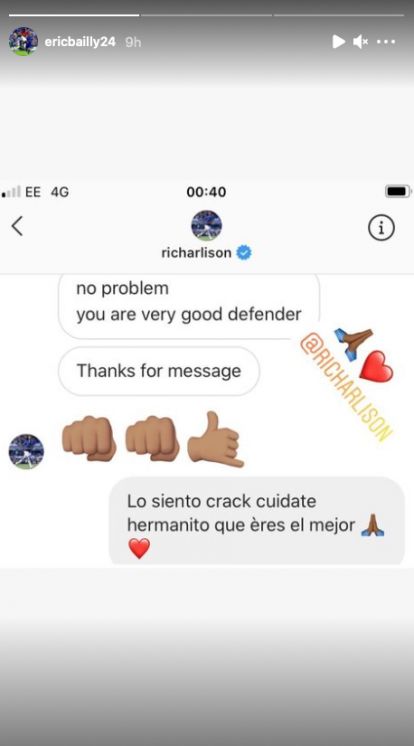 Fortunately for all concerned, Richarlison appeared to be ok and he responded to a private message in kind.

With the festive fixtures on the immediate horizon, it remains to be seen if Carlo Ancelotti will throw his forward straight back into action or stand him down for a game or two.