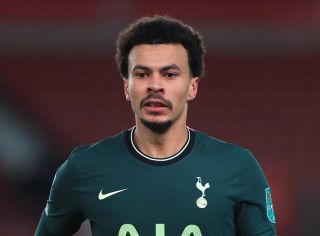 Alli has been on the fringes under Mourinho this term, and as mentioned in the BBC’s report, has been linked with a move to PSG.

The midfielder, who is no longer in England contention, was given a rare opportunity to start for Tottenham last night against Stoke, but was substituted immediately after the home side equalised.

Mourinho has now provided some insight into why he felt it necessary to make the change, and Dele, if you’re reading this, you might want to look away now.

The Spurs manager is quoted by the BBC saying:

“A player in that position is a player that has to link and create and not to create problems for his own team.”

“We were unbalanced because when you are in possession you have full-backs out wide and another midfielder in a different line and they caught us in a counter-attack and they transformed the result of the game that was totally in our hands, so yes I am upset.”

It’s difficult to see Alli remaining at Tottenham beyond the January transfer window. Mourinho looks to have developed a vendetta against him, rightly or wrongly.

To be hauled off against Stoke in the Carabao Cup is surely an all-time low for Alli, who was once considered to be one of the best talents this country had on offer.

Where’s it all gone wrong?