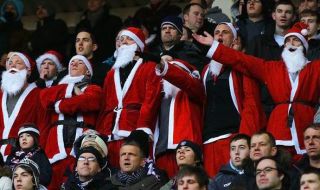 Merry Christmas from everyone here at CaughtOffside, though of course we know the festive season doesn’t really begin until the Boxing Day football gets going!

We’ve got some intriguing Boxing Day fixtures this year, with Manchester United facing fellow top four rivals Leicester City in a big game that could determine which of the two teams emerges as more serious title challengers to Liverpool this season.

There’s also a hugely important and difficult game for Arsenal, who host Chelsea at the Emirates Stadium in desperate need of a big result to turn their pretty dreadful season around.

Meanwhile, we’ve also included predictions for the games after Boxing Day, with Liverpool and Tottenham back in action on the 27th in yet more important games in determining what looks like being a very close title race this year.

See below for our Boxing Day predictions in full…