We’re nearing the end of 2020 and it seems a good time to reflect on the best players we’ve seen in the Premier League season so far.

It was tricky fitting in all these attacking players, and felt very harsh to still struggle to find a place for either Jamie Vardy or Dominic Calvert-Lewin.

Still, see below for our best efforts at a Premier League team of the half-season… 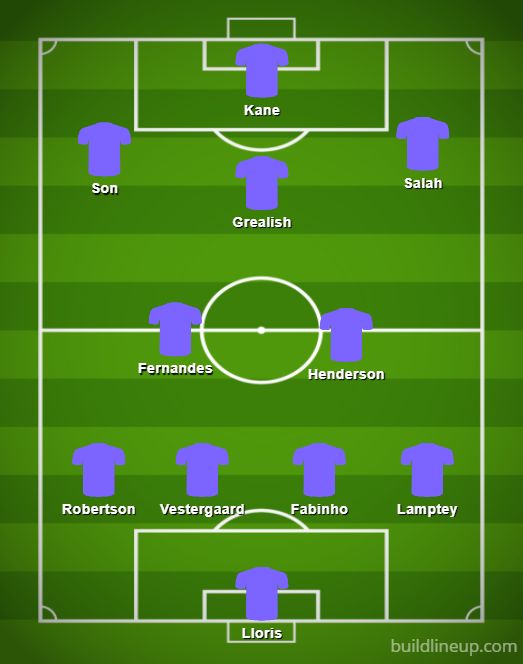 Tottenham have emerged as title contenders as well, however, so it’s only fair that three of their top performers make it in, with Hugo Lloris our pick in goal, while there can be no excuse for leaving out Harry Kane and Son Heung-min.

Bruno Fernandes has continued to show himself to be one of the best signings of recent times with his superb form for Manchester United, while Jack Grealish is another attacking midfielder who’s been a joy to watch.

Shout out as well to the non-big-six players who fully deserve their places – Southampton centre-back Jannik Vestergaard, who has played a leading role in their fine form, and Brighton’s exciting young right-back Tariq Lamptey – a huge prospect Chelsea must regret letting go.

Let us know who’d be in your team of the season in the comments!