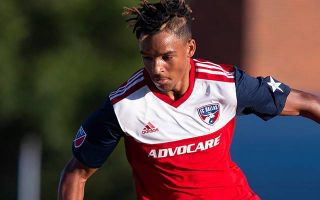 Goal Italia’s Juventus correspondent Romeo Agresti claims that Juventus have got the thumbs up from FC Dallas’ Bryan Reynolds ahead of a potential transfer.

Weston Mckennie, on-loan at Juventus from Schalke, has already done his bit when it comes to convincing Juventus that Americans are worthy additions to the first-team squad.

It looks as though a compatriot of his, Bryan Reynolds, has landed himself on the club’s radar. The 19-year-old full-back, as per Romeo Agresti, is wanted by Juventus, Roma and Club Brugge.

It’s Juventus, though, who appear to be leading the race. Romeo Agresti revealed via Twitter (albeit in Italian) that Reynolds had given his ‘OK’ in regards to joining Juventus.

Now all Juve need to do is strike an agreement with FC Dallas, who will likely want to be appropriately compensated for the teenager’s departure to Turin.

You get the feeling, with the vast financial power that a club like Juventus have at their disposal, and with the player keen on making the move happen, it won’t be too difficult to get the deal done.