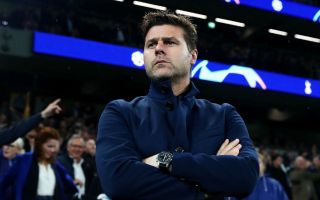 It never really felt like Thomas Tuchel was in a secure position at PSG, but it was still a shock when he was sacked on Christmas eve after a solid victory.

It quickly became clear that former Spurs manager Mauricio Pochettino had been lined up and terms were more or less agreed as the rumours immediately sprang up suggesting that he was the successor.

Those rumours have been confirmed in recent days with talks being held, and it finally looks like he’s cleared to take over after a compensation package was agreed with Tuchel:

Thomas Tuchel has reached an agreement with PSG to leave the club immediatly, as @cfbayern reported. It will cost around €6m to Nasser Al Khelaifi.

It’s a huge amount when you consider that most clubs will fail to spend €6m in the transfer window next month, but it will be fun to see if Poch is finally the manager that PSG need to lead them to Champions League glory.

He did come close with Spurs and his history with PSG is important and it should give him some extra credit with the supporters, while it will also be fun to see what he can do with superstars like Neymar and Mbappe in the side.