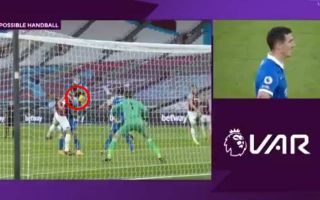 Lewis Dunk poked Brighton ahead away to West Ham – but should the goal have stood? The VAR official had a good look at the incident before awarding the goal.

The Hammers have been in great form of late, even if they were defeated by London rivals Chelsea at Stamford Bridge on Monday. The 3-0 score-line was against the run of play, and based on recent showings, West Ham had to be considered favourites on their home turf this afternoon.

They did find themselves trailing with just 20 minutes left on the clock, though, after Lewis Dunk netted for the visitors – a goal which was shrouded in controversy.

There does appear to be a hint of handball as Dunk controls the ball before finding the back of the net, which would ordinarily result in it being ruled out, but VAR decided against being it’s usual, pedantic self in this instance – which has to be commended, whether you agree with the decision or not.

Brighton take the quick corner and Lewis Dunk powers in to poke home!

After a VAR review for potential handball, the goal stands ? 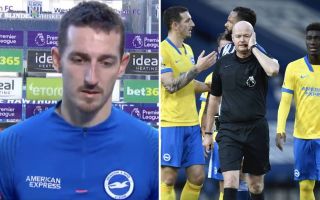 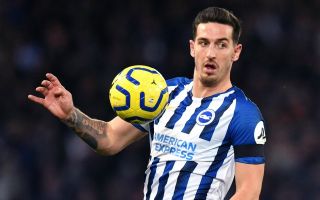