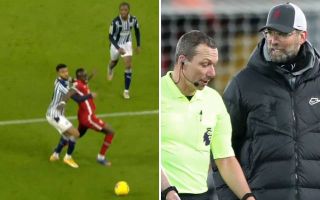 Should Liverpool have been awarded a penalty during their 1-1 stalemate with West Brom yesterday evening? Reddit user and Reds fan u/improwise is pretty convinced they should have been.

The Premier League champions was held to a 1-1 draw by a sturdy and stubborn West Brom side, who in true Sam Allardyce fashion, kept themselves in the game long enough to nick an equaliser late on.

Even after Semi Ajayi netted for the visitors, Liverpool had enough time to get a second goal if they were capable of doing so – but should they have had an opportunity from 12-yards?

That’s the question being asked on Reddit in wake of the game. Have a look at this snap shared by u/improwise on Liverpool’s subreddit, which appears to show Sadio Mane being man-handled in the box. 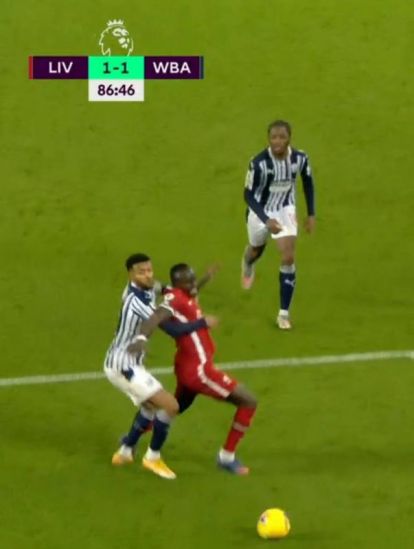 By the letter of the law, that probably IS a penalty, but if we’re going to penalise it, particularly with the intervention of VAR, it says a dangerous precedent.

Football is a contact sport and if the officials were to award Liverpool a penalty for that then you could argue each team should have two or three of them a game.

They made the right decision here, even if LFC fans are left feeling aggrieved.