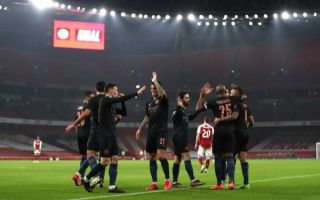 The Athletic have provided some insight into how Manchester City believe COVID-19 broke through their ‘eco-bubble’ and infected multiple first-team players.

As mentioned in the report, City’s scheduled clash with Everton yesterday evening was postponed after the number of players within Pep Guardiola’s squad who tested positive for coronavirus rose to four.

This was a concern to all, with infections on the rise in the UK and football subsequently being affected in a manner we have seen scarcely since the restart earlier in the year.

The Athletic believe to have the inside track on how the City players caught the virus – or rather how the club believe they did. They link it to their Carabao Cup clash with Arsenal on December 22nd.

Taking the incubation period of COVID-19 into account, that would make sense, and as noted by The Athletic, there is a new, more infectious strain of the disease which is currently running rampant in London.

The report notes that Man City had a team meal in a hotel during their trip to London, which may seem naïve all things considered, but there’s hardly a viable alternative and it’s safe to assume all necessary precautions were taken.

You wonder if Premier League clubs will begin taking further precautions when playing away in London in hope of avoiding a repeat of what has happened to City here.