This comes after the Athletic (subscription required) learned on Tuesday that the Cottagers have seen a number of staff and players test positive for Covid-19.

The Athletic have now echoed Gold’s findings, with the outlet reporting that the Premier League will now return to twice-weekly testing after recording the highest number of cases since weekly testing began.

Cases of Covid-19 have been rising across the United Kingdom over the Christmas period, so it’s really no surprise to see that top-flight football has been affected.

Manchester City’s tie against Everton was also called off on Monday, today’s postponement becomes the third of the season, with Newcastle seeing their game against Aston Villa cancelled earlier this term.

I understand Spurs’ match tonight against Fulham is off. Premier League decision and both clubs have been informed. 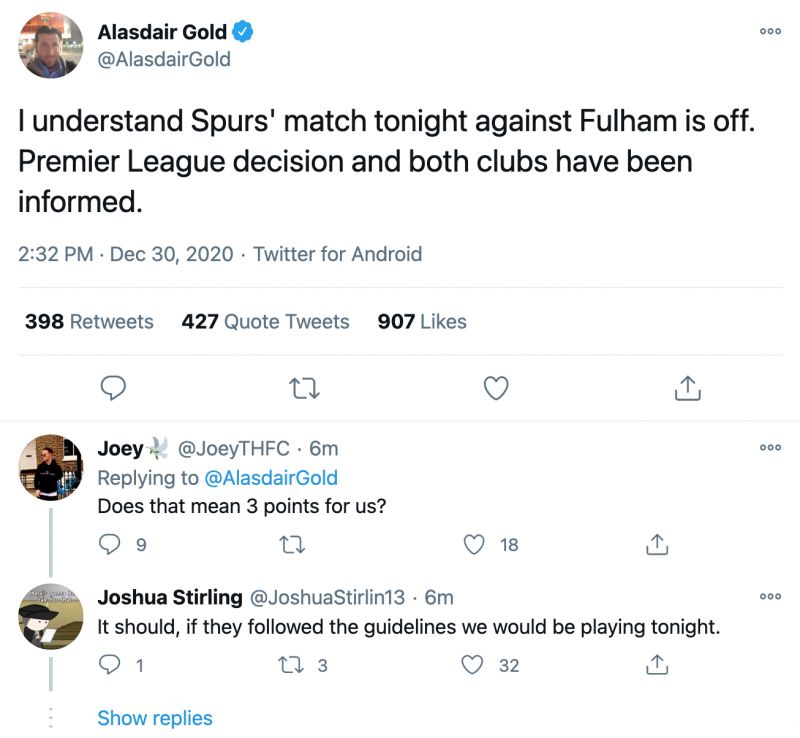 News of the fixture’s postponement comes around half-an-hour after Spurs boss Jose Mourinho took to Instagram to express his displeasure of not learning the status of the encounter, just six hours before kick-off was initially scheduled.