Manchester United’s incoming January signing Amad Diallo has posted an image on Instagram of his new boots that seem to be inspired by the Red Devils’ stripy third kit.

See below as Diallo shows off his new boots, which nicely match the design he could soon be wearing on his shirt when he completes his move to Old Trafford in the new year… 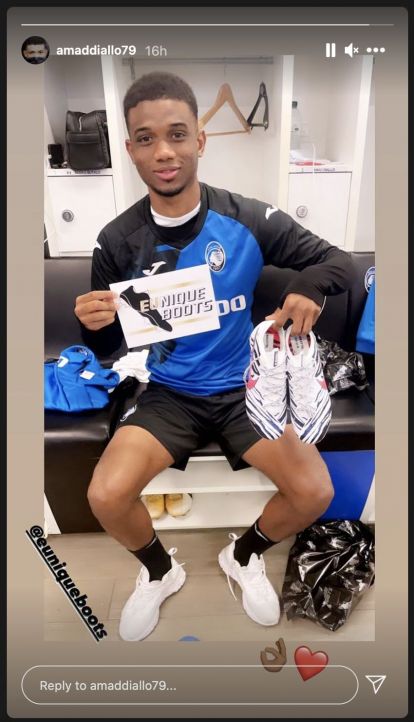 The youngster’s move was confirmed by Man Utd’s official site earlier this year, and it will be exciting to see what he can achieve in Ole Gunnar Solskjaer’s side.

The Ivorian wonderkid is highly rated after impressing with Atalanta, and fans will no doubt be pleased to see him appearing to prepare for life at United.