We have a final line up from Garth Crooks to end 2020, and it’s little surprise to see Liverpool dominate the team of the year.

The Reds have been a joy to watch for much of Jurgen Klopp’s reign, and this year they finally turned that form into enough to end their long wait for a league title.

Liverpool were deserved champions, even if they had to wait a little as the season was paused in March due to the coronavirus pandemic.

Once it got going again, however, there was little doubt that Klopp’s side would come out on top, and six of their players make Crooks’ team of 2020 on BBC Sport.

See below as Alisson, Trent Alexander-Arnold, Fabinho, Andrew Robertson, Jordan Henderson and Sadio Mane get into the line up, though you could quite easily make a case for Virgil van Dijk and Mohamed Salah as well.

To balance things out at least a little bit, however, we also have players from a few other teams, with Manchester United’s Bruno Fernandes thoroughly deserving his place, as does Tottenham forward Son Heung-min. 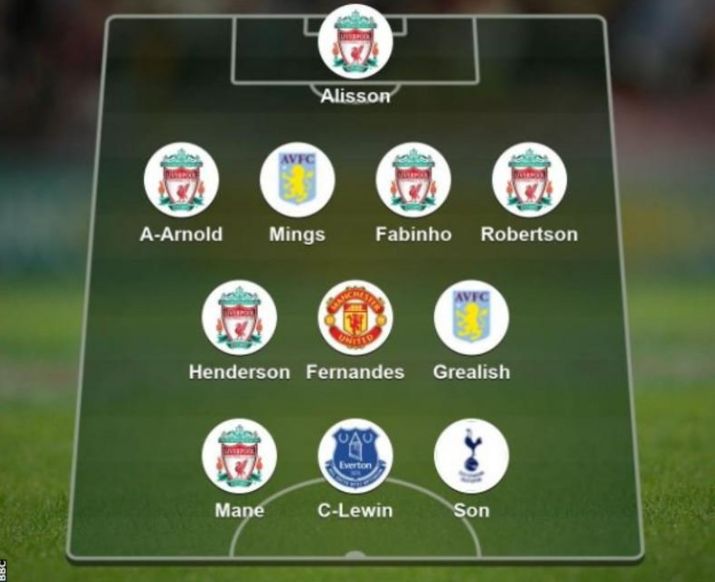 Few would argue against Jack Grealish and Dominic Calvert-Lewin as well, though the inclusion of Aston Villa defender Tyrone Mings is a bit of a surprise.

The 27-year-old has undoubtedly been a solid performer for Villa and is also now more of a regular in the England squad, but we’re not quite sure he’s team of the year material.

Then again, it’s not been the best year for defenders, so Crooks arguably didn’t have a lot of other options to work with.