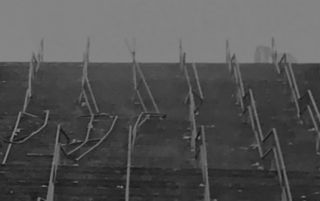 Saturday afternoon’s Old Firm game will showcase the very best that Scottish Football has to offer.

Steven Gerrard’s Rangers will be hoping to deal a blow to Celtic’s hopes of retaining the Scottish Premiership for the 10th season in a row.

Neil Lennon on the other hand, will know if his side can get the win and take three points from their two games in hand, there’s every chance they can reel their rivals in.

Sixteen points currently separate the pair, with the victory vital for both.

Tthe match is being played against the backdrop of the 50th anniversary of the Ibrox disaster.

On January 2, 1971, the teams had played out an uneventful game which ended 1-1 thanks to two very late goals.

However, as BBC Sport recall, what followed will stay in the memories of all of those attending the game.

As supporters left the ground, the sheer weight of those in stairway 13 caused a crush, and with more and more people pushing from behind, the barriers eventually collapsed causing the deaths of 66 people.

It was the worst football disaster in the United Kingdom at the time, and will never be forgotten.