Kabak, 20, joined Schalke 18-months ago after making the switch from domestic rivals Stuttgart in a deal worth £13.5m, as per Transfermarkt.

Since joining Schalke, Kabak has featured in 37 matches in all competitions and also has previous Champions League experience from his four-years spent with Galatasaray.

The talented youngster who operates primarily as a centre-back but can also fill in as a defensive midfielder has emerged as one of the Bundesliga’s top-rated defenders.

After already having six international caps under his belt, Kabak has recently emerged as a transfer target for some of Europe’s biggest clubs, including Ole Gunnar Solskjaer’s United.

According to a recent report from the Daily Mail, United’s interest in Schalke’s 20-year-old Turkish defender has been matched by Leicester City and RB Leipzig, with the latest club to join the race being Crystal Palace.

It has been reported that Kabak could be available for as little as £25m and given his versatility and youthful age, any proposed transfer could prove to be a bargain.

The Daily Mail claim that despite Crystal Palace showing strong interest in the United target, any move will depend on Roy Hodgson being able to offload current defenders, including 30-year-old Mamadou Sakho.

Premier League side to sign Ozan Kabak for £18m this summer if Liverpool decide against permanent transfer February 9, 2021 13:48
Liverpool FC 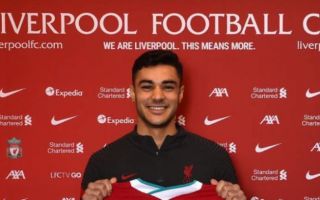 Liverpool fans will love this as report details how desperate Ozan Kabak was to move to Anfield February 5, 2021 18:20
Liverpool FC

Huge boost for Liverpool as centre back cleared to play in vital game with Man City February 5, 2021 14:34
Liverpool FC