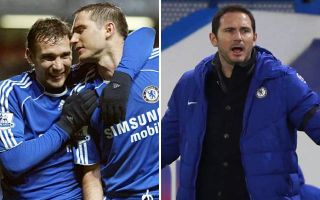 According to French publication le10sport, Chelsea have identified former striker Andriy Shevchenko as a potential replacement for the struggling Frank Lampard.

After defeat to Manchester City saw Chelsea fall to 8th in the Premier League table, it’s safe to say that the pressure is on for Lampard, who holds the reins at one of the most notoriously cut-throat clubs on the planet.

It would come as no surprise to hear that Roman Abramovich is preparing contingency plans in case he decides to pull the trigger, but one name we didn’t expect to hear in the conversation was that of Andriy Shevchenko.

The Ballon D’Or winner, currently in charge of the Ukranian National Team, has emerged as a potential option for Chelsea and Abramovich, according to le10sport.

It seems likely that it would be on a temporary basis if it were to come to fruition, with the club likely to achieve little by swapping one inexperienced manager for another.

An intriguing appointment it would be, though.