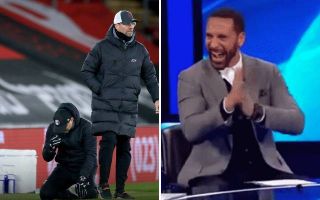 Jurgen Klopp, who saw his side held to back-to-back draws by West Brom and Newcastle prior to tonight’s clash at St. Mary’s, will have been hoping for a reaction from his players – but didn’t get one.

A sturdy defensive performance from the Saints, coupled with a fine finish from Danny Ings, saw the home side secure all three points and pile the misery on the champions.

MORE: Video: Hasenhuttl sinks to his knees and bursts into tears after Southampton deal Liverpool title hopes another blow

In doing so, it provided a major boost to second place Manchester United, who have emerged as one of Liverpool’s main competitors for the league title in recent weeks.

One man who clearly enjoyed the game and subsequent result was Rio Ferdinand, best known for his time as a Man United player. 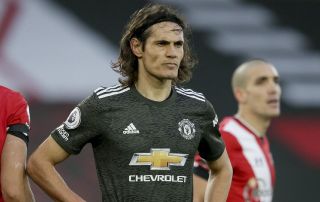