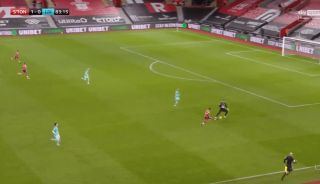 On what was a frustrating night for Liverpool, they were lucky not to go two goals behind against Southampton in the second-half, after goalkeeper, Alisson Becker, decided to go on a Bruce Grobbelaar-esque walkabout.

There appeared to be little danger when Yan Valery was played through, given that there were at least two defenders coming across to cover.

However, the Brazilian had taken it upon himself to come miles out of his area to try and collect the ball.

His miscalculation almost resulted in a second as he was nutmegged but the shot just didn’t have enough on it.

Where is Alisson going?!

Valery almost seals the win for #SaintsFC but Henderson denies him on the goal line!pic.twitter.com/8LDPF5ml7G 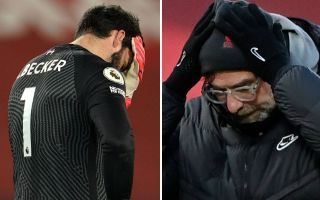