Our football photo of the day, today, comes from the 1968 FA Cup final.

Over 100,000 people attended the match between West Bromwich Albion and Everton at the national stadium, the Baggies winning the match 1-0 courtesy of a Jeff Astle goal in the 93rd minute!

The game was iconic for a number of reasons. Firstly, Jeff Astle’s winning goal meant that he achieved the feat of scoring in every round of that season’s FA Cup competition. The goal also handed West Brom their fifth FA Cup trophy and the Baggies have not so much as reached the final since.

Enjoy the image below and just look at that crowd on the packed out terraces! 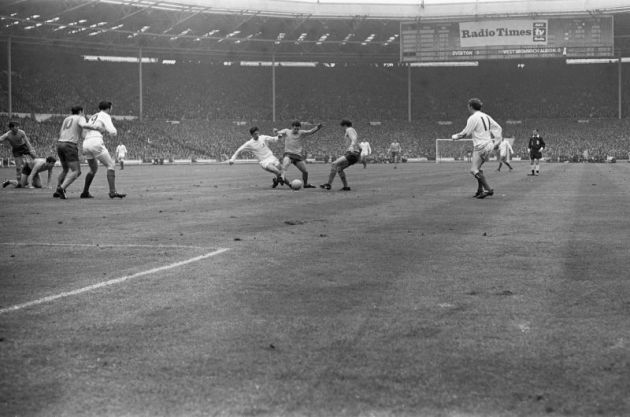