Boris Johnson recently announced that a deal had been reached with the EU to finally put an end to the Brexit saga. Whilst most of the news focused on fishing, territorial waters, traffic at Dover and European trade – football was also being impacted.

The loss of freedom of movement is a key factor and there are many other obstacles that British football clubs will now have to overcome if they are to get deals over the line during this window, as Sky Sports News journalist, Dharmesh Sheth explained:

“Particularly in this window and beyond, there’s a limit on the number of players that clubs can sign. You’ve got six players in total, but also the governing body endorsements as well.

“If a player is from a big league, has played enough international appearances, it’s going to make very much easier for him to move to a foreign club.

“If a player is just off the points required, it doesn’t mean they can’t join, it will just mean they could be eligible for a hearing, whereby they can get that exemption and then join.

“There are a lot of issues surrounding Brexit and the movement of players, which you would expect. It’s very complicated going into the whole of the points system, but a general rule would be big club, you’re not going to have a problem getting a player, it’s a younger player or national association not as big as the big five leagues in Europe.”

That final paragraph could prove to be a big problem for the likes of the promotion chasing clubs in the Championship and Scottish giants Celtic and Rangers. These clubs will be ambitious with asperations of Premier League or European football, but their hopes could be hindered by not having access to a market where they can unearth gems and upcoming prospects, who may not quite have the international pedigree just yet. 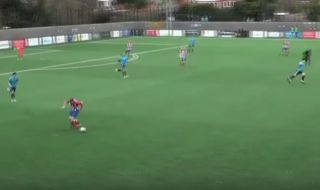