The latest Premier League team of the week is in, and it’s something of a rarity this season as Arsenal players dominate.

The Gunners have not been at their best for much of this campaign so far, but looked a lot closer to their old selves as they thrashed West Brom 4-0 on Saturday.

This has seen three Arsenal players make it into Garth Crooks’ team of the week on BBC Sport, with Kieran Tierney, Bukayo Saka and Alexandre Lacazette making it in after their eye-catching performances.

Elsewhere, Manchester United goalkeeper David de Gea makes the cut, which will be heartening for Red Devils fans as the Spanish shot-stopper finally looks to be returning to his best form as well after a rocky spell last season that genuinely seemed to put his future as the club’s number one in doubt.

Manchester City duo Kevin De Bruyne and Ruben Dias are also in the team after their strong performances in the 3-1 win over Chelsea, while Tottenham’s Son Heung-min and Crystal Palace’s Eberechi Eze join Lacazette in the front three… 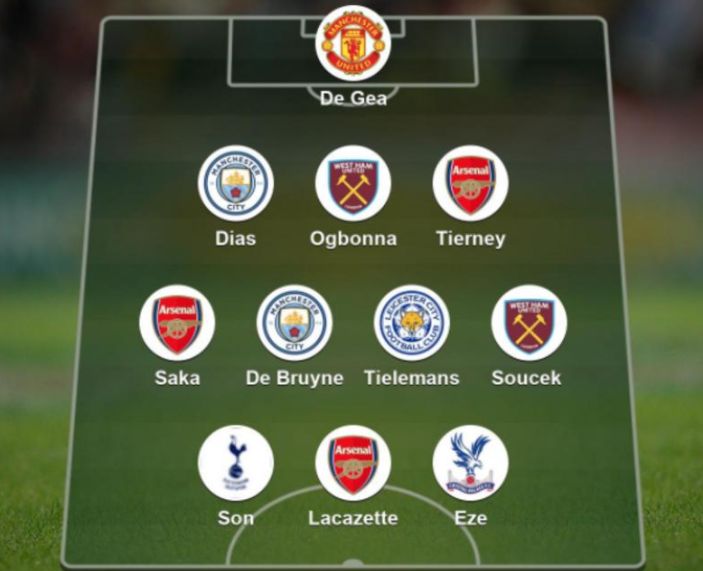