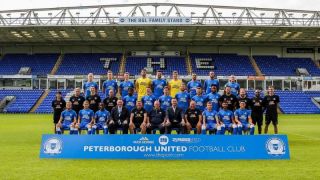 24 year old Peterborough United attacking midfielder, Siriki Dembele, has handed in a transfer request. The club’s owner, Darragh MacAnthony, has revealed the news on Instagram of all platforms.

Dembele has scored six goals in 20 games this season, but has captured the eye with a string of outstanding performances. His brother, Karamoko, sent shockwaves around the world for his outrageous skills on display for Celtic’s youth team. The pair could now be reunited in a football sense as Celtic are among the reported suitors for the player, although they will face opposition from Rangers to get the deal done!

The reported interest from the Old Firm has surfaced in a number of publications, both sides of the border, including the Daily Record. It could be the perfect storm for one of Scotland’s big two, as their interest has co-incided with the player asking to leave The Posh.

Peterborough’s owner said that the request came as a surprise, but vowed that the 24 year-old would not be going anywhere “unless the right offer” comes in.

MacAnthony posted an Instagram yesterday evening, saying: “So, obviously we have been contacted by various outlets today about a transfer request that came into us which I woke up to yesterday.

“This is just an agent playing games, this is what they do unfortunately. And players always fall for it or go for it, I don’t know why they do.

“So yes, the player asked for a transfer request. I didn’t expect it and certainly didn’t expect it over the weekend. It is what it is and we get on with it. Our players, and everyone in League One is for sale and unless we get the right offer nobody is going anywhere.

“That’s just the way it is. We have a promotion to win. We need to get on with it and the player needs to be professional and get on with it.”